Three years ago, printing 3-D objects at home might have sounded like something out of The Jetsons. But in just a few short years, 3D printing has exploded. The transformation from a niche technology to a game-changing innovation has captured the imagination of 3d Printer Manufacturers and hobbyists alike.

3D printing has the potential to revolutionize manufacturing, enabling companies to design and produce products in new ways, while also reducing material waste, saving energy, and shortening the time it takes to bring products to market.

What is 3D printing?

3D Printing Technology was first invented by engineers and physicists in the 1980s and has come a long way since then. 3D printing, also known as additive manufacturing, is the process of creating an object by depositing materials, one small layer at a time.

The basic idea of additive manufacturing can be found deep underground in rock formations, but a more modern example is the common desktop printer. Just as inkjet printers add individual dots of ink to form an image, 3D printers add material only where it is needed based on a digital file. 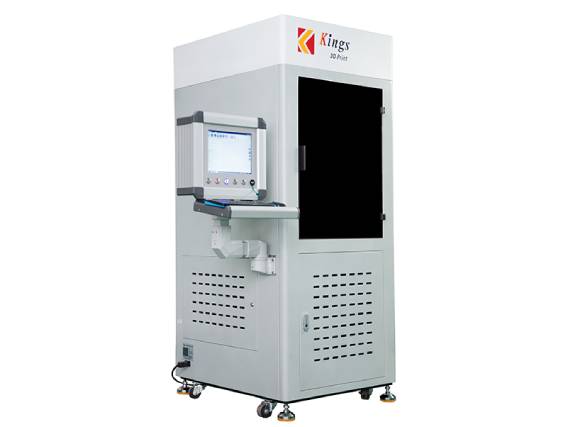 While the possibilities of additive manufacturing are endless, today 3D printing is primarily used to make small, relatively expensive parts using plastic and metal powders. However, as desktop 3D printers continue to fall in price, some innovators are experimenting with different materials, such as chocolate and other foods, waxes, ceramics and biological materials that resemble human cells.

How do 3D printers work?

Additive manufacturing technology comes in many shapes and sizes, but the 3D printing process follows the same basic steps no matter what type of 3D Printer or material you use.

It begins with the creation of a 3D blueprint using computer-aided design software. The creator is only limited by their imagination. For example, 3D printers have been used to make everything from robots and prosthetics to custom-made shoes and musical instruments. Oak Ridge National Laboratory even partnered with a company to build the first 3D-printed car using a large-scale 3D printer, and Made in America - the president's pilot manufacturing innovation agency focused on 3D printing - recently announced funding for new low-cost 3D metal printers.

Once you click print, the machine takes over and automatically builds the desired object. While the printing process varies depending on the type of 3D printing technology, material extrusion is the most common process used in desktop 3D printers.

Material extrusion works like a glue gun. The print material - usually a plastic filament - is heated until it liquefies and extrudes through the print nozzle. Using information from a digital file - the design is split into thin, two-dimensional sections so the printer knows where to place the material - the nozzle deposits the polymer into thin layers, usually 0.1 mm thick. The polymer solidifies quickly, bonding to the layer below before the build platform drops and the print head adds another layer. Depending on the size and complexity of the object, the entire process can take anywhere from a few minutes to several days.

After printing is complete, each object requires some post-processing. This includes removing the object from the build platform, removing the support structure, and brushing off excess powder.