Features and Functions of 3D Printers

3D printers provide great convenience for our life or manufacturing, and more and more people are familiar with it.

The abbreviation of 3D Printer is a magical printer designed by an inventor named Enrico Dini, which can not only print a complete building, but can even print other objects needed by the astronauts in the spacecraft. shape. However, 3D printing is a model of the object, and the function of the object cannot be printed. 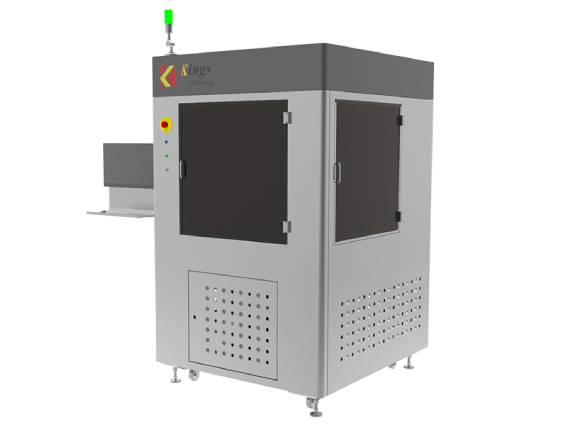 Laser 3D Printers can directly form objects of other shapes from computer graphics data without machining or molds, which greatly shortens the production cycle of products and improves productivity. Although it still needs to be improved, the market potential of 3D printing technology is huge, and it will inevitably become one of the many conquering technologies in the future manufacturing industry.

3D printing enables people to buy such printers in some electronics stores, and factories are also selling them directly. Scientists stated that the scope of application of 3D printers is still limited, but someday people will be able to use 3D printers to print more practical objects.

3D printing technology is particularly important for NASA's space exploration missions. At present, more than 30% of the reserved parts of the International Space Station can be made by this 3D printer. This equipment will use polymers and other materials to produce objects layer by layer using extrusion incremental manufacturing technology. The 3D printing test is one of NASA's key scientific research projects in the future. 3D printing parts and tools will improve the reliability and safety of space missions. In addition, because they do not need to be transported from the earth, they can reduce the cost of space missions.

3D printers are mainly used in many fields such as equipment manufacturing, aerospace, automobiles and parts, and intelligent manufacturing. As the world's latest generation of Industrial 3D Printers, 3D printers have achieved a groundbreaking speed of 10 times faster, cost reduced by half, and strength close to metal. skill improved. The 3D printer fully displays the functions of batch and large-scale production.

The importance of 3D printers

The importance of 3D printing to enterprise transformation is that it can become a powerful weapon in product innovation competition-the ability to obtain strategic elements at low cost, such as product development cycle and shorten the design to product delivery cycle, and control costs And investment in specialized equipment. This also prompted 3D printing to act as a representative of the third industrial revolution. The past industrial revolutions have changed the structure of people’s lifestyles, industries, and organizations. What impact will 3D printing have on corporate transformation? Factories and production lines are ideal ways to produce the same products on a large scale. However, the division of labor and specialization require a large number of technical personnel and special equipment, which increases the cost of the enterprise and weakens the response ability.

Previous:  None
Next: Eight Advantages of 3D Printers