The "CE" mark is a safety certification mark and is regarded as a passport for manufacturers to open and enter the European market. All products affixed with the "CE" mark can be sold in the member states of the EU without having to meet the requirements of each member state, thereby realizing the free circulation of goods within the EU member states.

The TÜV logo is a safety certification mark customized by German TÜV specifically for component products, and is widely accepted in Germany and Europe. TÜV SÜD is one of Germany's most well-known brands, and these principles are followed throughout the world. These three letters “TÜV” have become synonymous with security, credibility and reliability.

In June 2019, KINGS 3D officially applied for certification to TÜV SÜD, and provided several 3D printers for inspection and testing. Following the strict standard of TÜV, KINGS 3D has comprehensively improved and optimized 3D printers in terms of sheet metal, electrical, safety locks, safety signs, etc. At the same time, it has further improved documents such as instructions and risk assessment reports. Through the unremitting efforts of the team, on May 12th, TÜV SÜD officially issued TUV CE certificate and CE certification report to KINGS 3D. This certificate tells KINGS 3D customers worldwide that KINGS industrial SLA 3D printers are safe and trustworthy.

It is learned that KINGS 3D is the first 3D printer manufacturer in China to obtain the TÜV SÜD certificate. TÜV certification not only improves the popularity of KINGS 3D, but also brings a sense of trust to customers who purchase KINGS 3D printers. 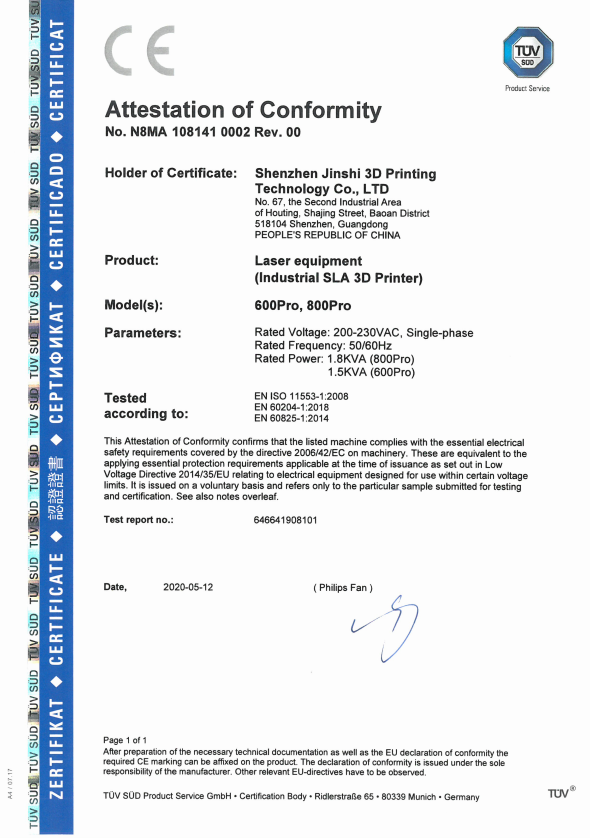 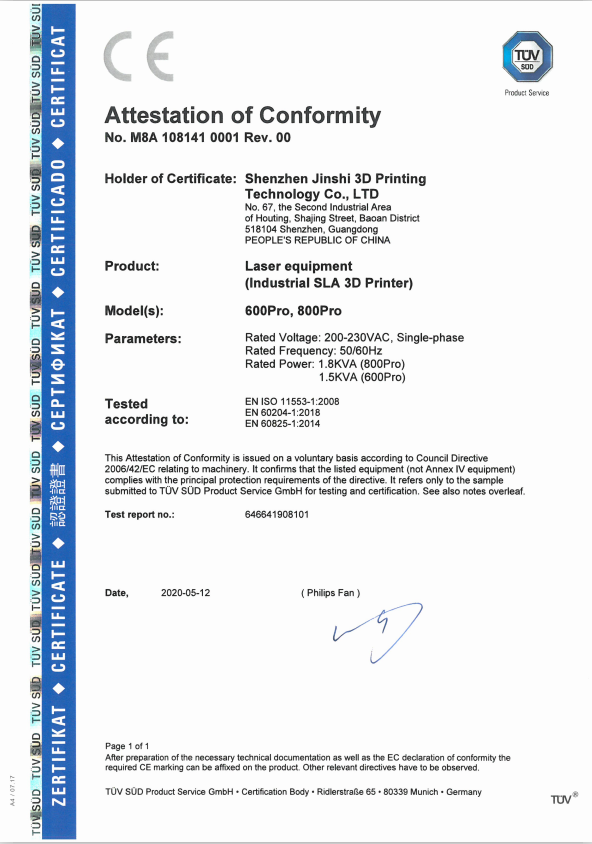 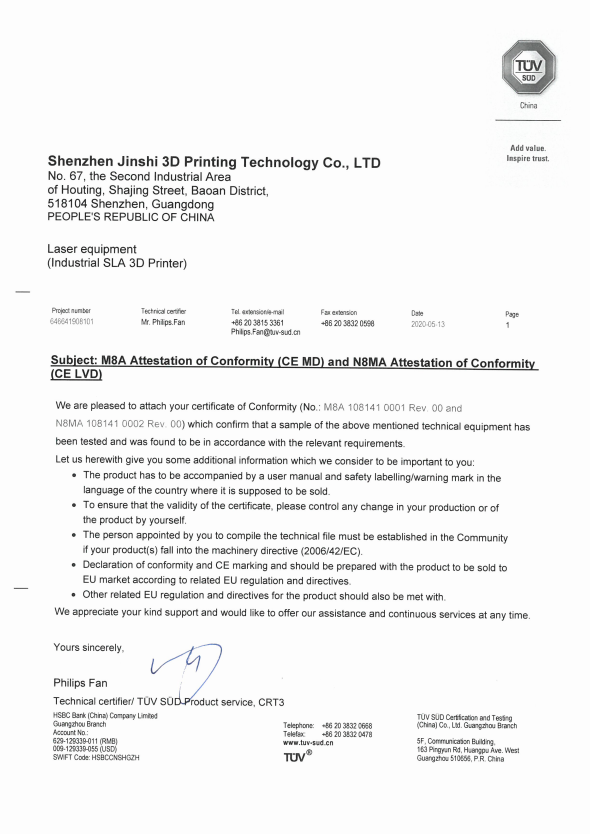 Previous: Teleconferencing Installation of Kings SLA 3D Printer to Overcome Challenge of Covid 19
Next: What is the principle of 3D printing? What is the application area?