Open Baidu and enter 3D. You will be surprised to find that 3D is not just a prairie fire in the film industry. 3D Printers also appeared evenly in each catalog. The rushing information makes you feel that if you don’t understand this technology, you will be shot ashore by the torrent of technology.

3D is the abbreviation of 3 Dimensions, translated into Chinese is 3D. As the name implies, 3D has a spatial attribute relative to the two-dimensional planes we come into contact with daily, and 3D movies should be the most perceptual interpretation of 3D. By adjusting the gray scale of the colors on the screen, using the characteristics of human eyes to see things near, far, and small, to create an illusion of being in the screen space. The 3D printer technology also represents a concept of spatial structure. If you like watching movies so much, then you must be particularly impressed by the scene: a patient with a severed limb is sent into a tall experimental chamber, and then a lot of manipulators are extended from the chamber, and as the manipulator moves quickly, gradually An intact arm reappeared on the patient's body. Yes, this is our protagonist today: the future version of the 3D printer. 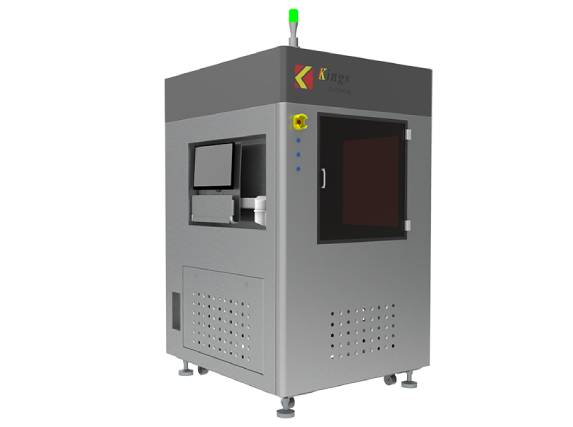 What is a 3D printer?

The 3D printer is based on the computer three-dimensional model, through the software layered discrete and numerical control molding system, using laser beams, hot melt nozzles and other methods to stack and bond special materials such as metal powder, ceramic powder, plastic, and cell tissue layer by layer. Finally, it is superimposed and formed to produce a physical product. Unlike traditional manufacturing that uses molds, turning and milling and other mechanical processing methods to shape and cut raw materials to produce final products, 3D printing transforms three-dimensional entities into several two-dimensional planes. Reduce the complexity of manufacturing. Simply put, 3D printing is a kind of rapid prototyping technology, based on digital model files, using powdered metal or plastic and other bondable materials to construct objects by layer-by-layer printing.

In 1993, the Massachusetts Institute of Technology was granted a patent for 3D printing technology.

In 1995, ZCorp of the United States obtained the sole authorization from the Massachusetts Institute of Technology and began to develop a 3D printer.

In 2005, the first high-definition color 3D printer Spectrum Z510 on the market was successfully developed by ZCorp.

In November 2010, Urbee, the world's first car printed by a 3D printer, came out.

In August 2011, engineers at the University of Southampton developed the world's first 3D printed aircraft.

April 20, 2016 STRATASYS Shanghai Branch, a global leader in 3D printing and additive manufacturing solutions, released its new J750 3D printer. The Stratasys J750 3D printer released this time can be used by many organizations and companies, including consumer product companies, service organizations, design companies, educational institutions, universities and scientific research institutions, medical device companies, hospitals, medical schools, and special effects and animation companies. . Imagine installing a 3D printer in your home in the future, and you don’t need to Taobao anymore when you see the same style of celebrity clothes, you can print it yourself; when you see the new look of Bumblebee, you don’t have to wait for the limited edition, and you print it...

In the past 15 years, 3D Printing Technology has gradually been applied to the medical industry. Now, 3D printing technology may have the opportunity to be applied to personalized medicine. Although it cannot be fully and quickly realized at present, experts predict that a true full-function 3D printed heart will be realized within 20 years. According to Tony Atala, director of the Wake Forest Regenerative Medicine Research Institute, each organ is different in complexity, and some tissues are easier to print, such as skin. But it is more difficult to print complex organs such as the heart, liver, and kidney. I want to imagine which organ is broken and which is replaced...

In the face of a promising new technological innovation, many people tend to sway between the two poles, either too pessimistic or too optimistic, or even repulsive. But we should maintain an optimistic attitude, follow its development, gain benefits and happiness in every bit of progress, because we cannot refuse...